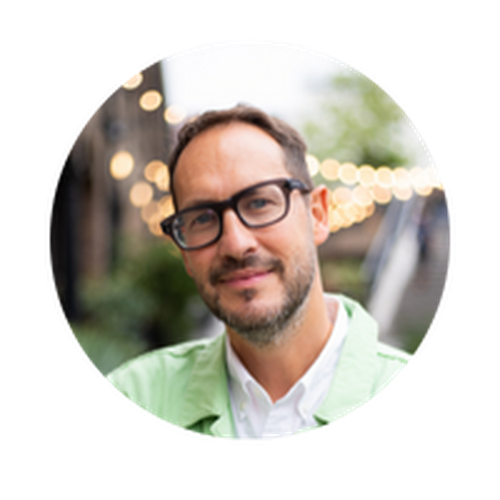 Talks covered by this speaker

Have you got yours yet?

Our All-Access Passes are a must if you want to get the most out of this event.

Football journalist and author Ben Lyttleton understands what we can learn about the most important aspects of work and life from the world’s most popular sport.

In his book Edge: Leadership Secrets of Football’s Top Thinkers, he interviewed some of football’s top coaches, including Thomas Tuchel and Ralf Rangnick, to learn how they foster talent and build empathy within a team, help individuals adapt in order to realise their potential, and find power in developing a social purpose. Ben works with football and NBA teams and their coaches to help them develop elite performance and discover their own competitive edge.

His first book Twelve Yards: The Art and Psychology of the Perfect Penalty examined how individuals understand and manage their anxiety to perform at their best under pressure. He now advises Premier League and national teams on their penalty strategy.

Through extensive interviews with the biggest names in the game, exclusive behind-the-scenes access to insiders at Premier League giants Liverpool and Chelsea, and a life spent watching some of the most successful (and not-so-successful) teams and managers, Ben has developed a comprehensive picture of leadership, teamwork and talent improvement.

He understands how football has adapted and innovated in the search to get the best from individuals and teams, and how that translates to business. Ben reveals the common traits not just within football, but anywhere that leaders and teams operate. Ben interrogates experts in behavioural science and psychology to learn the best communication to get results from a team, how collective performance is measured and influenced, and how to develop resilience in new and established groups. He looks at the key challenges, behaviours and lessons for leaders in any sector and with teams of any size, from creative thinking to the advantages of diversity and inclusion.

With his personal connection to some of the biggest names in sport, Ben illustrates the surprising and insightful aspects of leadership and teamwork in football whilst making it relevant and enlightening even to those that aren’t fans of the beautiful game.

He is also the co-author of the best-selling children’s book series Football School, which uses football to open up the school curriculum and inspire a generation of children to develop a love of reading. Ben works with literacy charities, the Premier League and some of its biggest clubs by using football as a powerful educational force for good.

We use cookies This website (and some of its third-party tools) use cookies. These are important as they allow us to deliver an exceptional experience whilst browsing the site.